The other afternoon I was able to sit down with Tara Pickering, Manager at Miss Wonderful, a vintage store located on Main Street in Cedar Falls. The store is owned by Barry and Ann Eastman. They had been collecting antique pieces and vintage items for about 25 years, when they realized that their storage units were starting to get full. So they decided to open a store and start selling some pieces, this is where Tara came in. Ann had heard of Tara through the grapevine and knew that she had some technology experience, but it wasn't until Ann saw Tara’s Pinterest page that she really decided to meet her. And yes I’m completely serious. I’m not saying it was the Pinterest page that got Tara the job, but it did play a small factor. (Here’s a link to my Pinterest page by the way, for any inquiring future employers)

So after Ann and Barry hired Tara, the three of them set out to build a store. In the summer of 2012 they completely gutted the place and Tara started organizing their storage units. This was the first time she had really been exposed to mid century modern. For anyone wondering what exactly mid century modern is, here is the Wikipedia definition:

Mid-Century modern is an architectural, interior, product and graphic design that generally describes mid-20th century developments in modern design, architecture and urban development from roughly 1933 to 1965.

They re-created the space so that it was very open. They didn’t want the space to draw you away from any of the pieces. “We wanted to leave it open for re-arranging at anytime. Everything in here is mobile and that’s what is fun about Miss Wonderful,” commented Tara.

As of right now Miss Wonderful has 2,233 likes on their Facebook page, 375 followers on Twitter, and 54 followers on Pinterest. They also post some items on Craigslist and Ebay. As the manager of the store Tara runs the social media platforms as well. In the beginning one of her goals was to create awareness for people who hadn’t heard of the store yet. She needed to get beyond the doors of the store and she was able to do that through social media. She emphasized while we were talking that Miss Wonderful is a visual experience, which is something that she tries to carry over in her social media tactics. “Stepping into the store is an experience, and I try to share a small part of that through social media using pictures,” commented Tara. She wants the public to have an idea of what to expect when they step in the store. Depending on how old the 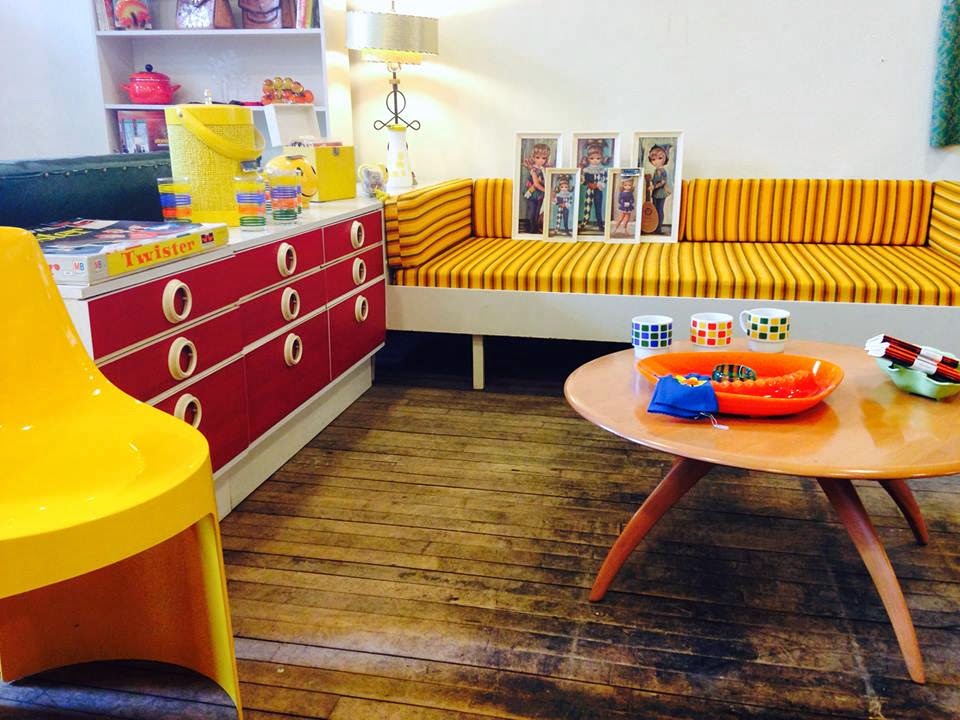 customer is, they may just walk into another world. If they’re an older customer they could be walking back in time to their life fifty years ago. Many of the items in the store can be connected back to a memory of the past for customers. Part of the philosophy of Miss Wonderful is creating that emotional reaction to a piece. If Tara posts a picture of an item on their Facebook, many people will comment saying that they remember that from when they were a child. Back then people became so used to seeing the objects around them, and when they don’t see until twenty years later, it will bring back memories.

For Miss Wonderful, Facebook is the most successful social media platform for the store. Their audience is 89% women and the ages range from junior high to the elderly.  Many of the elderly customers are looking for the highly collectible pieces, while the young professionals are more interested in smaller pieces. At the end of day though, word of mouth is still their biggest advocate, especially in the antique/picker world. The people who travel all over the country looking for those rare items talk, and it helps when they talk about Miss Wonderful.  Facebook has been the most successful in selling items as well. Tara mentioned that a majority of the items she posts will sell. “People feel a sense of urgency, when they see an item they want to buy. It could be the only item, so a customer needs to buy it fast or end up with “Vintage Regret”. “This is a one of a kind store, we don’t mass produce,” said Tara. 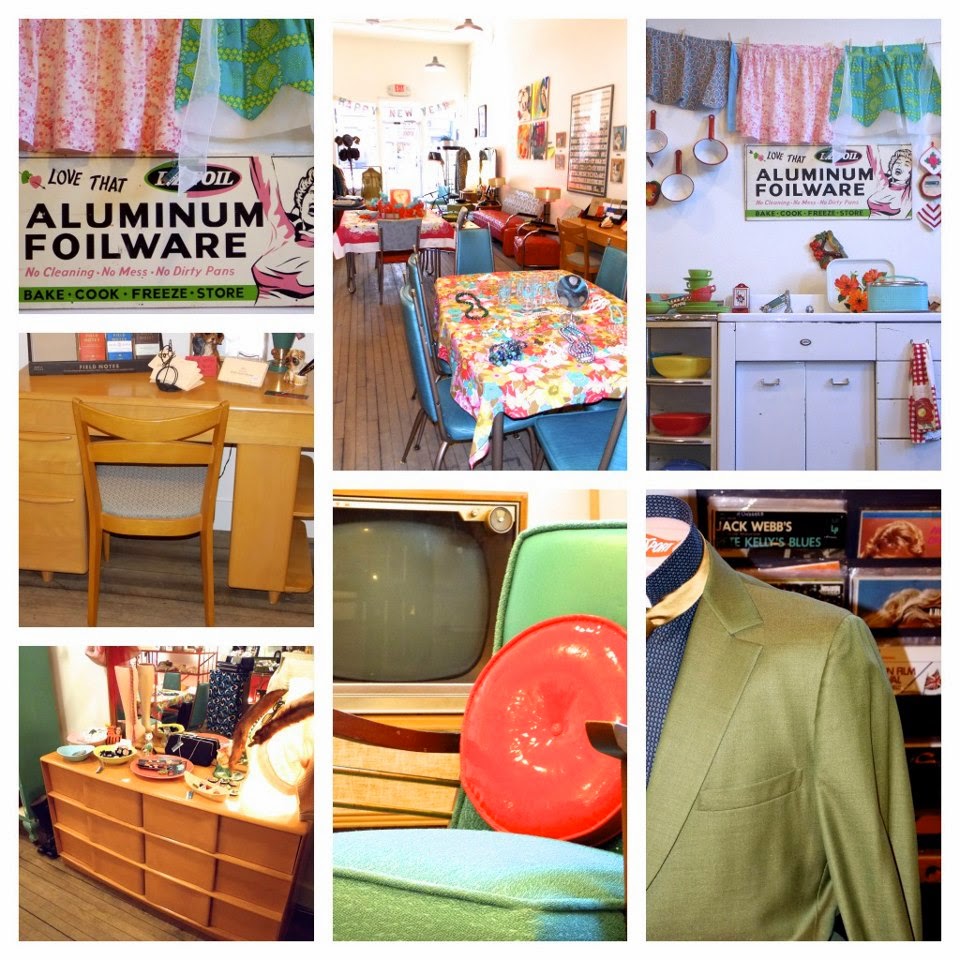 Tara has found that Craigslist and EBay have been the least successful platforms. She’s able to post more furniture items and to reach a larger audience in different states, but there can also be a lot of spam. The store has sold a few things on EBay, but it can be very time consuming and shipping furniture is complicated and costly.

Tara has done some advertising on Facebook, mainly just to promote the page or the post. She’ll pick a small budget and go with it. She also does some advertising in the local newspapers. She hasn’t spent a lot of money on advertising, because great content will generate buzz on their pages.

She also doesn’t have any sort of routine or schedule when it comes to posting things on Facebook. When she has something fun to share she does, she doesn’t stress over posting something every day. She feels that social media is fun and loves being able to build those online relationships. The con of social media is missing that face to face communication. She loves being able to see someone twirl in their new dress or see someone trying on a new suit for a job interview. The relationship built on social media is slightly impersonal. 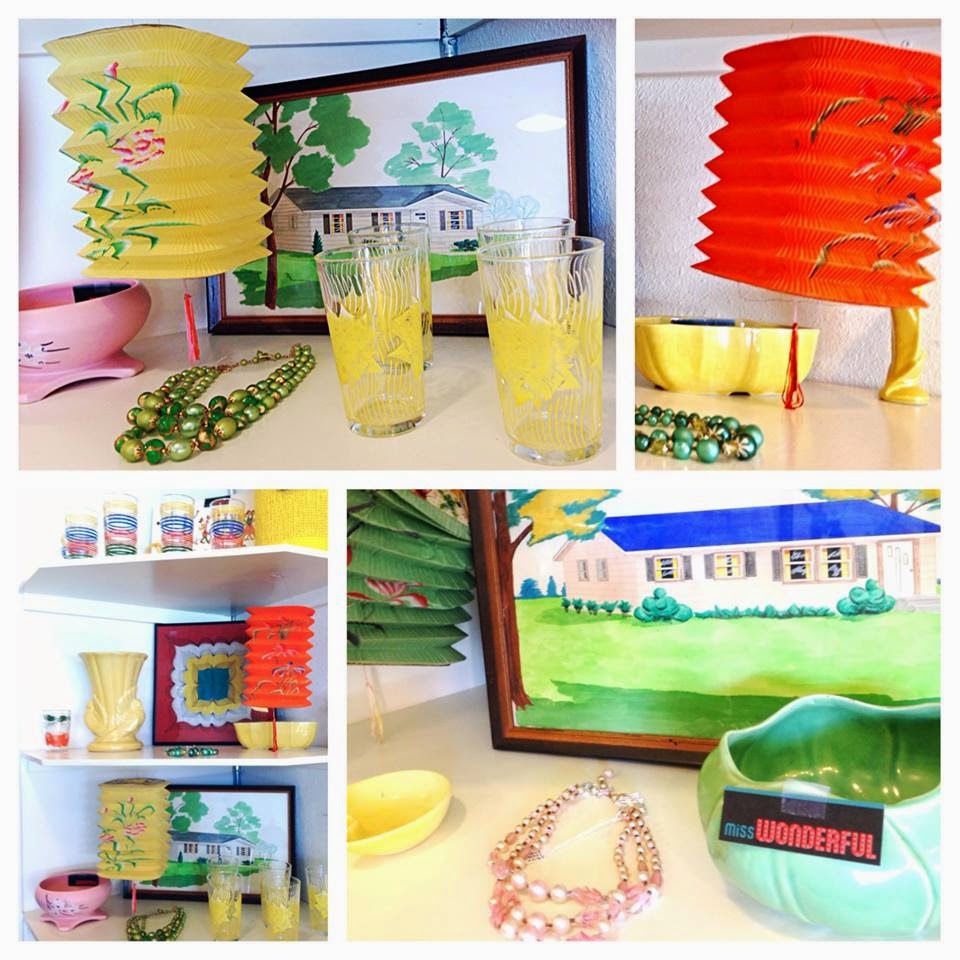 Tara is a self taught social media guru. She never took any classes; she just learned everything at home from trying it out. She dabbles in all the platforms including Facebook, Twitter, Pinterest, and blogging. She asked a few people for their insight, and is very happily surprised that Miss Wonderful’s social media is doing so well. “I believe that you can teach yourself, if you really want to know you can teach yourself,” commented Tara. She also taught the owner, Ann, how to engage on social media. Both women are creative and have an artist eye, which once again carries over onto their social media presence.

In the future one of Tara’s goals is to help the items in the store extend their reach. She wants to extend their customer base outside of the Cedar Valley to Chicago or Minneapolis. She also wants to establish their website and blog. Miss Wonderful has been open a little over two years now and I feel their social media presence is doing great, when I asked Tara as to why their social media was succeeding she couldn’t think of one specific reason. “I love creating spaces and experiences, and I think that drive carries over to Facebook,” said Tara.

Hello! First off, thanks for stopping by my blog! My name is Whitney and I’m a senior at the University of Northern Iowa. When I graduate in May of 2015 I will have completed two degrees, Communication/Public Relations and Interactive Digital Studies with a minor in Marketing. I encourage you to check out my website www.whitneylyn.com/